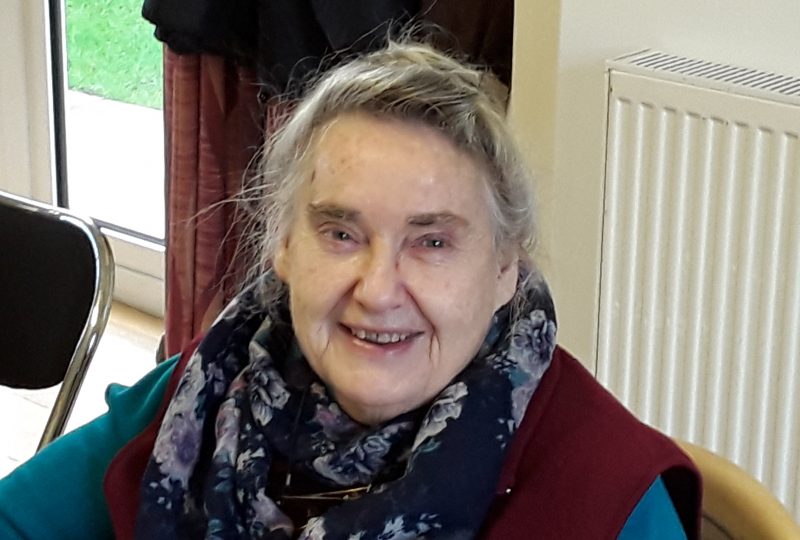 Val Ratliff, a member of the Carshalton Beeches group, loves painting flowers, which her husband  Paul, hangs in their cottage.

Val trained as a physiotherapist at Selly Oak, Birmingham and later worked at the London Hospital, Whitechapel, before moving to St Helier Hospital in Carshalton. Nine years ago, she was diagnosed with motor neurone disease and, at the time, was given just three years to live. She even manages to smile when describing herself as ‘on borrowed time’.  As a result she felt it was time to retire and take up other pursuits.

Val’s positive attitude to life and her determination to make every day count is a testimony to her outlook on life and her deep and sincere faith. It is a privilege to know her and know too that she represents so many others who make Conquest Art do what it says on the tin: enrich the lives of people with disabilities.