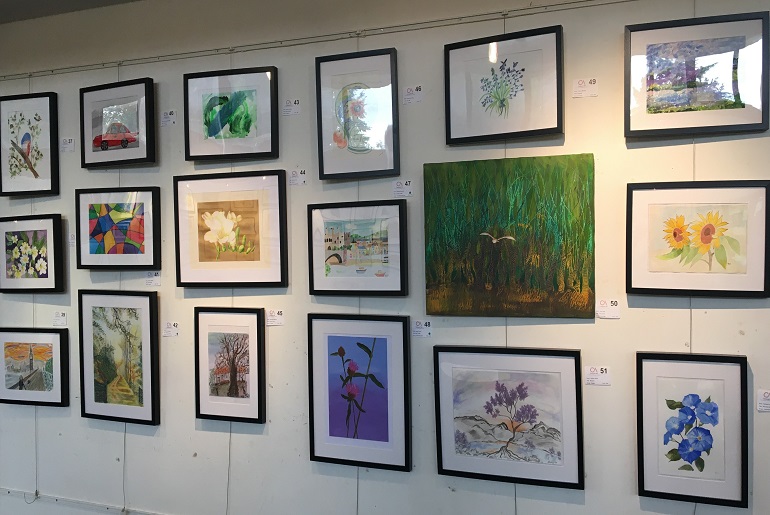 This year’s Conquest Art Exhibition was held from 8th to 19th October at Bourne Hall, Ewell. As always members of nearly all the groups submitted one picture each and the display was as varied and colourful as ever. Animals, flowers, landscapes and other subjects appeared in a number of different guises and things became very topical with at least one reference to Brexit. 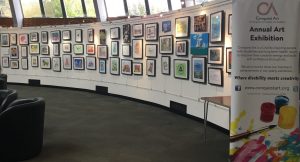 For the first time the pictures (with the exception of those on board and canvases) were given black frames which made the display look even more professional. For those buying pictures the frames were included in the purchase price.

No private view was held this year but the Mayor of Epsom and Ewell, Councillor John Beckett and his wife, Alison Beckett, were invited to the exhibition and came on the first Thursday (10th October). They were welcomed by our president Judy Sarssam and by Anne Bland Botham (Trustee and group leader of the Cheam group). The Mayor was very impressed by the standard of the paintings and spent some time deciding on his favourite. He and his wife each chose a different painting and were pleased to hear that the winner would receive a Great Art voucher. Councillor Beckett had a long chat with John Gumbel (Chair of the Trustees) and also spent some time talking with members of the Cheam group who were there for their usual visit. He said he was enjoying his time as Mayor as he had the opportunity to meet interesting people, visit different organisations and go to ‘some rather pukka events’. 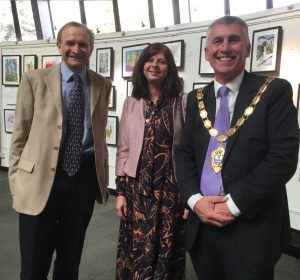 Throughout the exhibition the Welcome Desk was staffed by volunteers who talked to visitors about Conquest Art, gave out leaflets and sold scarves, calendars, cards and some pictures.

The exhibition successfully attracted the interest of visitors to Bourne Hall. They seemed to be drawn to the pictures and some people couldn’t resist looking at them as they were being hung by volunteers and Tina McJarrow, our co-ordinator, on the day before the exhibition opened.

Charlotte Atkinson – Trustee and volunteer at the Cheam Group