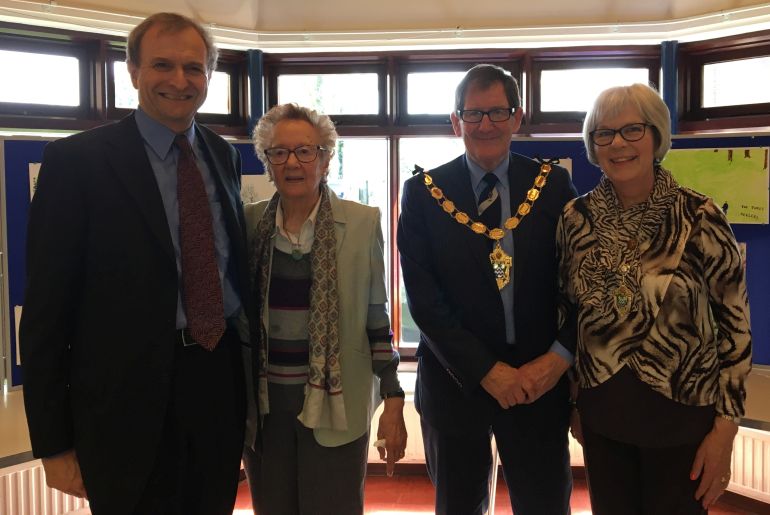 The Mayor expressed his delight, as a Ward Councillor for Cuddington, that this meeting was being held at St Mary’s Cuddington, the home of the newest Conquest Art group, with a thriving membership of eleven. He commended all the artists who had contributed to the Exhibition on their creativity and high standards of work and also thanked all the volunteers, whether Trustees, group leaders or helpers, as he appreciated how much was involved these days in taking on such roles.

The Annual Meeting was followed by a Special General Meeting, at which members had an opportunity to vote on a number of resolutions relating to the Charity’s constitution.  It was agreed by an overwhelming majority, that Conquest Art should become a CIO (Charitable Incorporated Organisation). One of the advantages of incorporation is that the Trustees are no longer personally liable for any debts the Charity may incur.  Conversion to a CIO also clarifies the terms used, the procedures for holding elections and meetings, as well as being in line with current requirements of the Charity Commission.

Under this new constitution, the following will now serve as Trustees for a period of three years: