Home » Our Stories » A Journey with Barbara Lewis 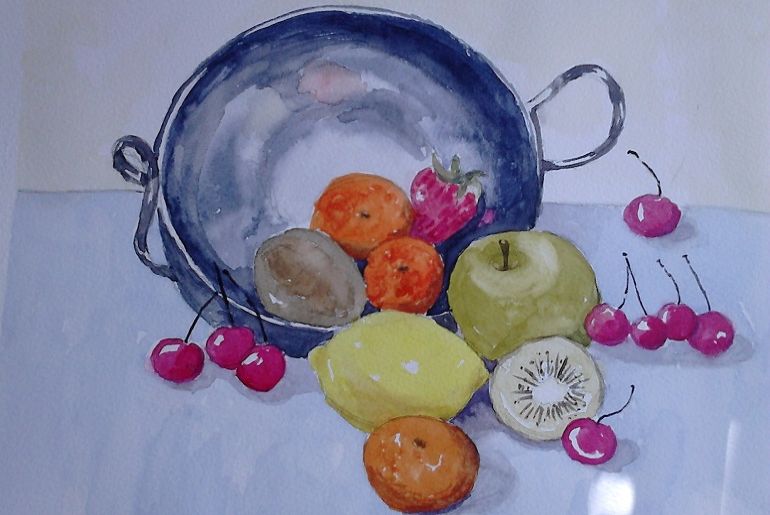 A Journey with Barbara Lewis

Our group meets at Carshalton Beeches Baptist Church and we are so fortunate to meet in a building which was designed for easy access for people with disabilities. We also have a most dedicated and skilful group of volunteers, all of whom are artists in their own right. This means we are ideally placed to meet the objectives of Conquest Art to enrich the lives of people with disabilities. Of course, we find that, as volunteers, our lives are enriched by those who come to the group.

One such person is Barbara Lewis a happy and positive 95-year-old who recently gave me her potted life history over a cup of tea and slice of cake at the end of our group. Barbara started her working life as an apprentice hairdresser but when the Second World War started she joined the Fire Service in their Control Room with which she served for the six years of the War ending up in Newhaven. She then was seconded to the War Office and when finally she was demobbed, Barbara returned to hairdressing working at Shinners the department store in Sutton. However, she did not enjoy the commute from her home in Banstead and returned to control room duties with the Ambulance Service in the Horseshoe, Banstead. It is quite a coincidence to note that she now lives in the Horseshoe.

Her interest in art really began when she found herself itching to paint and she joined an art class. By now she was retired from the Ambulance Service and found a job in an art gallery. She recalled an occasion when a customer came into the gallery with a photograph of his great-grandfather asking if Barbara would paint a portrait. He said that he was sure her art teacher would help her with the necessary skills. Apparently the portrait was very well received and proved an excellent likeness. Barbara loved floral art and she won a Gold Medal at the RHS London Flower Show.

However, her painting became increasingly difficult when it was discovered that Barbara was suffering from macular degeneration and finally she had to lay down her brushes. She suffered another severe setback when in 2014 she had a stroke. Fortunately, she was taken under the wing of Lee Peters who is a volunteer with Sensory Services – Sight for Surrey a charity which delivers specialist services to people with sight and hearing impairment. Lee brought Barbara along to the group and with one-to-one support she is now painting again.

It is a pleasure to see Barbara’s face when she completes a painting and for Barbara the group has been a lifeline back into the world of creativity. She enjoys the company of the group members all of whom, she says, are so positive and interested in each other’s work. She has been promised by her eye specialist that he will make a special pair of glasses so Barbara may be able to see to paint more easily.

Barbara is such an inspiration to the group and we hope you too will be inspired by her story. 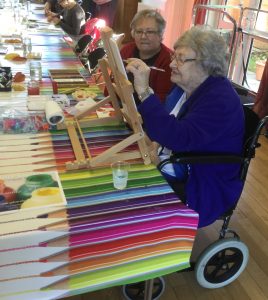