Home » Our Stories » A member we sadly lost 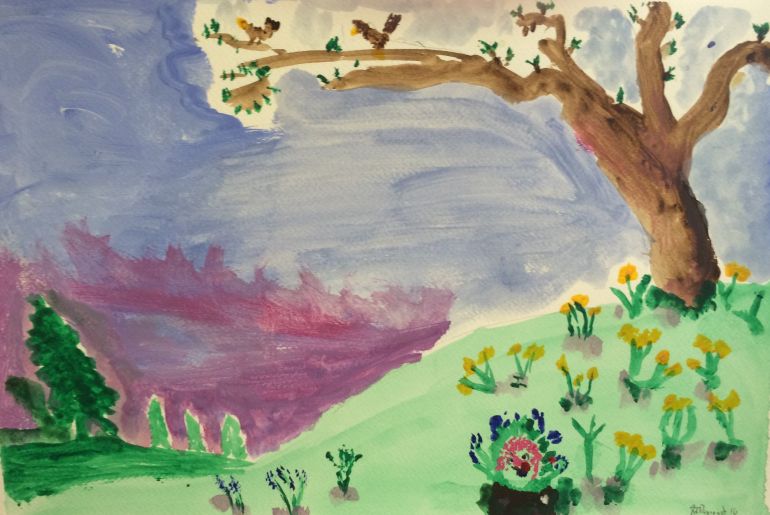 A member we sadly lost

It was with great sadness that we learnt that John Remnant passed away the week before Christmas.

John, who was profoundly deaf, became a Conquest Art member about 16 years ago. His daughter-in-law Penny was a helper and suggested he joined. Over the years, John has enjoyed tackling all the subjects introduced to the group. Whatever he did there was always a sense of humour in it (and usually a little black cat!)

John has enjoyed experimenting with all the materials we have and he also found the company and atmosphere boosted him up. 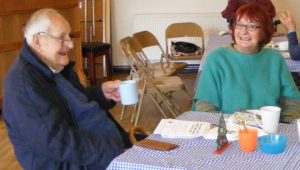 He was always cheerful and got on very well with all the helpers and members. We are fortunate to have his daughter Sheila as a volunteer (see above picture of them enjoying a cup of tea).

A large number of the group attended his funeral and the song at the end summed John up – “Always look on the Bright Side of Life”.

Below are some of John’s stunning paintings… 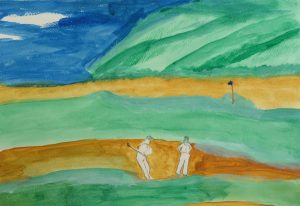 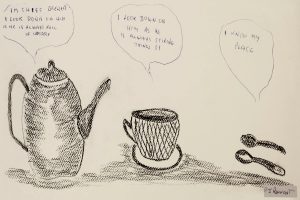