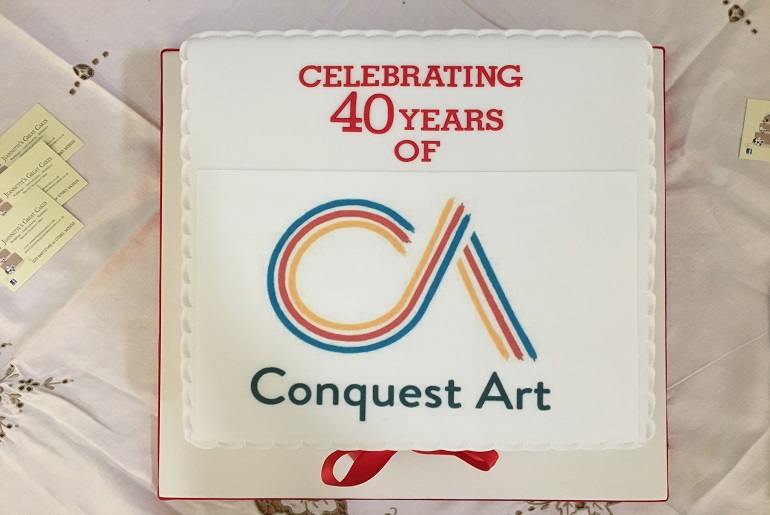 The 2018 Annual Meeting was held on the 12th April 2018 at St Paul’s Church, Cheam – where Conquest Art began 40 years ago. This was an opportunity for Trustees, Friends, volunteers, and members to come together to reflect on the last year and look forward to the future.

John Gumbel, Chair of the Trustees, reported on much progress in 2017, with the new website launched, the conversion of the Charity to Charitable Incorporated Organisation status, three new groups started (Ashtead, Cobham and Worcester) and a new video, as well as all the usual activities.

John described Conquest Art as a community of mutual inspiration, with amazing volunteers and remarkable individuals. The 40th anniversary was a time to cherish the past, adorn the present and create for the future.

Also, at the meeting, Brian Tanner (Treasurer) gave an update on the finances and Paula Tollerton, an artist who has been working with some of the Surrey-based groups, shared some thoughts on the work of Conquest Art.

A presentation was made to Kit Masters (below), as she stepped down as President, in gratitude to the contribution she had made over more than 50 years. 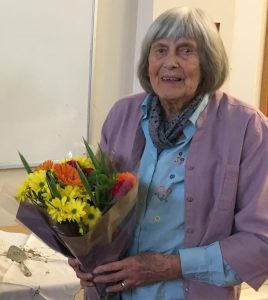 We are delighted that Judy Sarssam accepted an invitation to become President and Anne Bland Botham Vice President, both of whom have been involved with Conquest Art for most of its 40 years.

After the prize giving for the Lady Shepperd and Gibson awards, as well as making an additional award of her own, the Mayor of Epsom & Ewell, Councillor Liz Frost (below), congratulated and thanked all those involved in the Charity as she cut the 40th anniversary cake.