Home » Our Stories » Here are the Winners! 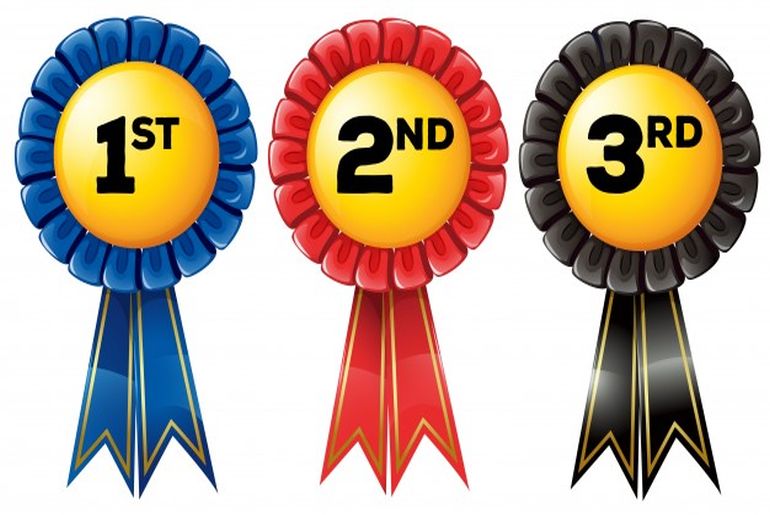 Here are the Winners!

One of our Patrons, Lady Shepperd selects a topic each year and group members are encouraged to submit artwork or a model on the theme.

As it is Conquest Art’s 40th Anniversary, the theme for this year is ‘Celebrations!’

All paintings were on display at the Annual Meeting held on Thursday, 12th April at St. Paul’s Church at which time a judging panel selected, award and announced first, second and third prize.

Unfortunately Lady Shepperd could not attend the meeting so the judging was left to the two other judges.  Bob Jones (Trustee) and Paula Tollerton (Artist)  judged the artwork on display at the exhibition and selected the prize winners.

The judges said there were so many others that they loved and it took them a long time to decide but in the end they had to choose three and they were in agreement.

1st Prize was awarded to Vedica Persaud from the Worcester Park group.

Festival of folk dancing – the judges loved the way it was eye-catching with its vibrant colours and that it was immediately obvious that these people were celebrating!  They loved that it drew the imagination of the viewer into the painting and that both of the judges imagined the celebration in a slightly different way, one judge thought it could be on a beach & the other saw it in a street!  It made them want to dance along with them! 😊 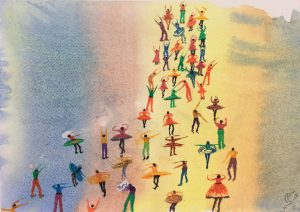 2nd Prize was won by Nick Appleyard from the Reigate Park group.

Firework display – the judges liked the use of different treatments i.e. flat black colour along with impasto type white paint and glitter with a brilliant explosion of bright colour in the middle.   They loved that the painter had thought about the figures being in silhouette from the bright lights of the display and the way that they were quite descriptive in appearance and told a story. 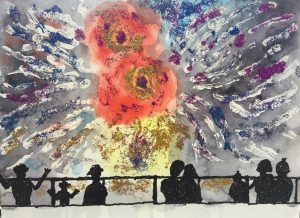 3rd Prize went to Emily Reed from the Epsom group.

Party wagon – the judges loved the sheer amount of thought, work and detail that went into this piece.   Again the message of celebrating was immediately obvious – a big ol’ party train! Lovely use of lots of texture, pattern & varying materials. 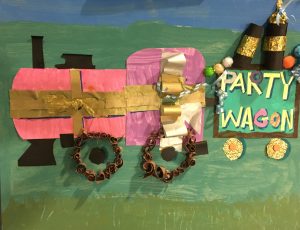 The Mayor of Epsom and Ewell, Councillor Liz Frost chose her favourite painting from the exhibition.  The artist is Peter West from the Stoneleigh group.  The painting reminded her of the times they went to the Hook Road Arena in Epsom and all the people coming together to watch the amazing firework display. 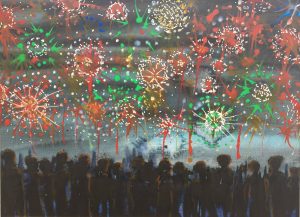