Home » Our Stories » One Wonderful Person 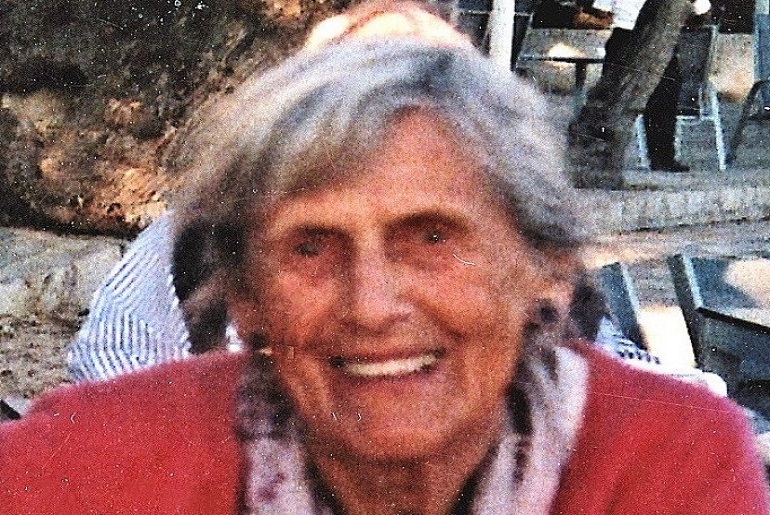 Dear Kit became involved with Art for Physically Disabled People through meeting Ursula Hulme (founder) at an art exhibition in the early 1970s and being drawn in by Ursula’s enthusiasm.  She first helped Ursula at an art group she was running at the Rentwood Day Centre in Fetcham.  The group at St Pauls was set up under the umbrella of Art for Physically Disabled People and, along with the vicar the Rev Spurin and his wife, was a major driving force in establishing Conquest Art as a Registered Charity in 1978 being on the Management Committee, later becoming a Trustee.  She became the Editor of a Magazine called Spectrum which was sent to Members three times a year. When the leader of one of the early Groups in Godalming had to retire, she took over the running of the Group which went from strength to strength, passing over the editing of Spectrum to Jill French.

She retired as a Trustee 15 years ago and, on the death of Ursula in 2012, became the President of Conquest Art. She was awarded the MBE in 2013 for the invaluable contribution she made to Conquest Art.  We owe her a great debt of gratitude.

Over 20 years ago my District Nurse suggested I went to a Conquest Art Group in Godalming. Having never done any art work before meeting Kit, the leader, putme at ease, especially Kits concept of ‘drawing from within’. It was the beginningof a journey using many techniques that enabled me to produce some pleasingresults, with limited use of the wrong hand. Right from the beginning I felt an inner connection with Kit, which could be felt, but not explained. – Chris Stephens

I have a wonderful memory of Kit making me feel so welcome to the group.
She always had time for everyone. Di xxxx

Kit really was a very kind person whom we think of with great affection. When she was leading the group at Godalming she inspired us all by showing genuine interest in every individual member and their artwork. She was also an accomplished artist and we once had the pleasure and privilege of visiting her studio and seeing some of her work. When we think of all the friendly members we’ve met since we joined Conquest, Kit will be at the forefront of our thoughts. With love Ursula and Gordon.

I first knew Kit when I took my husband Chris to the Conquest class. While he was there I had time to do the shopping, knowing he was feeling comfortable with Kit helping him. As time went on I became more involved, firstly as Treasurer and am now the leader of the group. Kit was such a gentle, kind lady, bringing the best out of the members whatever their disability was- with Kit’s encouragement they all found satisfaction with their results. – Julie Stephens